HomeMother Earth The Time is Now

The Time is Now

Today, September 20, 2019, young people and adults from all over the world are standing together in a strike to demand action be taken to address the climate crisis that we all find ourselves in.

They are gathering three days ahead of the United Nations Climate Action Summit on September 23.

Protestors can be found holding signs ranging from “We can’t drink Oil – We can’t breathe Money.” to “There is no Planet B”.

These amazing young people are doing something that our corrupt leaders, who have been bought and sold by corporate interests, won’t do.

And that is to see the truth clearly of what our ecosystem is trying to tell us.

Of course human interference plays a role in the health of our Planet. How could it not?

We have always been intricately linked to our environment and if we treat it like a trash dump, polluting our waterways with chemicals and plastics, raping our forests with clearcutting and development, and on and on, then yes there are consequences for those behaviors.  To deny that is asinine!

Yet everywhere you look, people in positions of power spread mind viruses via their spell casting, trying to get the population to look the other way and to engage in outright ignorance.

News Flash: Our public policies do not benefit the public.

How can rolling back emissions for clean air, opening up pollution to our water systems and undoing environmental protections for endangered species help anyone but the special interest groups paying millions of dollars to make that happen?

How can we base our governance, not on sound science or evidence mind you, but rather on someone’s illogical doubt and skepticism?

Personally, I can’t believe that an entire political party blindly follows a person who says, “I don’t have any evidence, but the world is flat.” And then like sheep…the mass collective thought is ‘the world is flat.’   (Of course the ‘world is flat’ is the current argument about climate change.)

How can one person’s complete rejection literally override millions of people’s ability to think for themselves, become educated on the subject, and rise up to dramatically change our trajectory moving forward?

We are talking about our Planet.  This is literally the place we all call HOME.

It’s absurd that so few people stop to think – “oh, if we are wrong about our dismissal of this issue, what are the consequences and implications of being wrong?”

Not – We arrive a little late. Our coordinates for the rocket launch are a little off.  We missed our bus.  Our clothes don’t quite fit. The paint colors are a shade too dark.  We thought eggs, lots of sun and vaping were good for us but actually they aren’t.

But rather – Mass extinction and death of the planet.

This is the potential future that we are gambling with.  A world in peril as we fight over limited resources of food, water and land boundaries.  Beyond what we are already doing…

Of course our younger generations are angry!  They have every right to be.

They know this is going to be the hot mess they inherit.  Handed down to them by people who were too selfish and blind, consumed by their egoic pursuit of money and power to do the right thing.

Isn’t it time we all acted as responsible adults with some semblance of moral integrity to create a world that is not only sustainable but flourishing for all of life?

Our future generations depend on it. We don’t have room to error on the side of arrogance and dismissal.

Let’s make this planet a place that we can all be proud of.

The Time is Now! 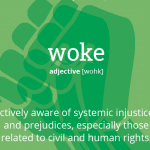 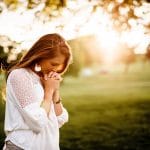 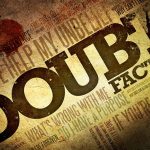